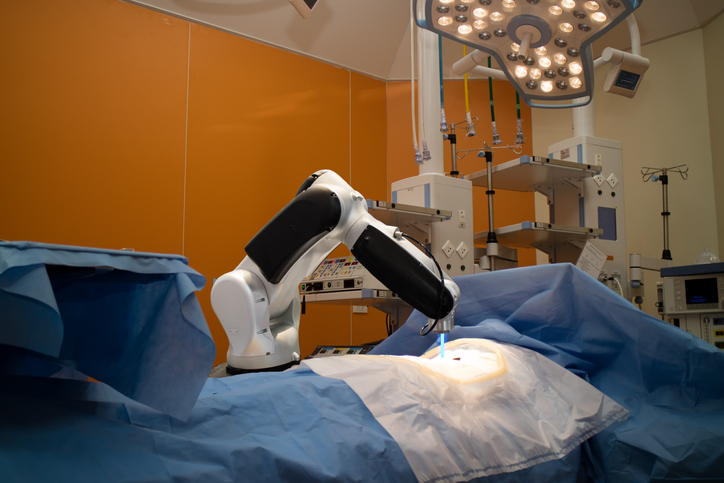 Learning that you have to have surgery can be scary, but surgical technology has evolved so much in the last several decades that procedures that were once scary don’t have to be anymore. Robotic surgery gives surgeons the ability to operate through minimally invasive procedures that require smaller incisions and often involve shorter healing times for patients. The da Vinci method of surgery, which is the name given to robotic surgery, has become one of the most common routes of surgery used today, and it is for good reason.

What Exactly is da Vinci Surgery?

What are the Advantages of da Vinci Surgeries?

Da Vinci surgeries come with a wealth of advantages. As previously mentioned, incisions with this form of surgery can be smaller because the surgeon’s hands don’t actually have to go inside of the body to do the work. Therefore, healing time can be reduced. Other advantages include:

How Does the da Vinci Surgery Benefit Women?

The primary benefit for women with the da Vinci surgery is common female procedures are no longer as worrisome. For example, a hysterectomy, which is a surgery done to remove the reproductive parts of a woman, can be done with robotic tools. Instead of a large incision, only small incisions are made in the abdomen and the robotic tools are used to carefully and gently make the necessary reductions.

If you would like to know more about the da Vinci surgery, reach out to Avant Gynecology for an appointment or give the office a call at 404-352-2850.

Avant Gynecology serves patients at two locations: Piedmont Hospital in Buckhead and Northside Hospital. Our mission at Avant Gynecology is to provide exceptional, compassionate care to women at every stage of their lives. Our providers strive to be at the forefront of knowledge and skill in the fields of women’s health and gynecologic surgery, so our patients can get the best care possible. Avant provides state-of-the-art surgery services and comprehensive gynecologic care, such as annual exams, diagnostic and screening tests; a full range of contraceptive options; specialized services such as bio-identical hormone therapy, hormone pellets, ThermiVa vaginal rejuvenation, and more.

Menopause 101: Facts Every Woman Should Know
Scroll to top