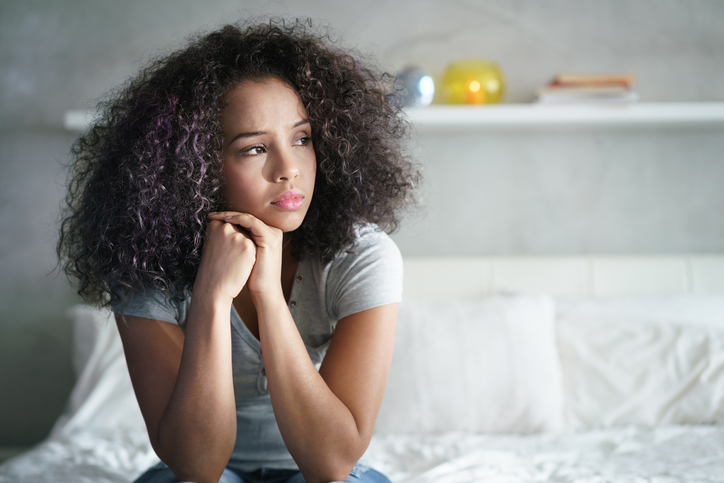 The risks for common mental health issues like depression and anxiety are much higher for the female population than the male population. Women are actually 1.7 times more likely to develop clinical depression, and similarities are present with other types of mental illness, such as different types of anxiety and somatic symptom disorder (SSD).

Mental health awareness is an extremely important cause because it affects 19% of the adult population. Yet, so many people don’t receive treatment or don’t open up about what they’re experiencing usually due to the stigma attached. However, left untreated, these mental illnesses can cause higher medical expenses, issues with important relationships, increased risk of suicide, poorer performance at work and school, and fewer employment opportunities.

Women are twice as likely as men to be diagnosed with depression, no matter their age. It’s important to note that mood swings and feeling down is not the same as depression, and there’s a long list of why women are more likely to experience this. One of the biggest reasons is hormone changes, specifically in estrogen levels, at different points in their lives.

There are a number of conditions relative to this fact, such as premenstrual dysphoric disorder and postpartum depression. Therefore, hormonal fluctuations could be relative to higher instances of depression, as well as other mental health issues. Studies have suggested that there could be a link in decreased estrogen levels and depressive tendencies.

According to the Anxiety and Depression Association of America, women are twice as likely to develop some type of anxiety disorder from the time they hit the age of puberty until they reach about 50 years old. There are multiple types of anxiety disorders, including:

Any of the sub-types of anxiety can cause almost debilitating symptoms, such as inability to sleep, disruptions in personal relationships, and difficulty concentrating. Unfortunately, depression and anxiety often exist comorbidly because anxiety can bring about symptoms of depression due to the overwhelming amount of stress and affect anxiety can have on a woman’s life.

Somatic symptom disorder is a disorder characterized by a heavy focus on physical symptoms that can cause extreme anxiety. An individual may have severe anxiety when they feel certain physical symptoms, even though the symptoms may not pertain to anything severe at all. Unfortunately, women are more likely to be diagnosed with SSD than men.

The precise cause of SSD is not known to date, but there is speculation that the condition may be relative to things like a prior history of physical or sexual abuse, being more sensitive to pain, and possibly genetics. The symptoms woman experiences with SSD are just as real as any other symptom; the thing that makes this condition a disorder is how the individual reacts to the symptoms. For example, a woman may have such profound anxiety about pain in her back that she feels she cannot live an ordinary life or participate in normal activities.

Even though research into gender differences with mental health concerns is ongoing, there is much to be learned. If you are a woman who is having symptoms of depression or another mental health disorder, it is a good idea to talk to your gynecologist. If you have any more questions about the mental health issues that women face Reach out to us at Avant Gynecology for an appointment, and we can help.

However, if you are facing a mental health crisis, please click here to discover the right resources for you.