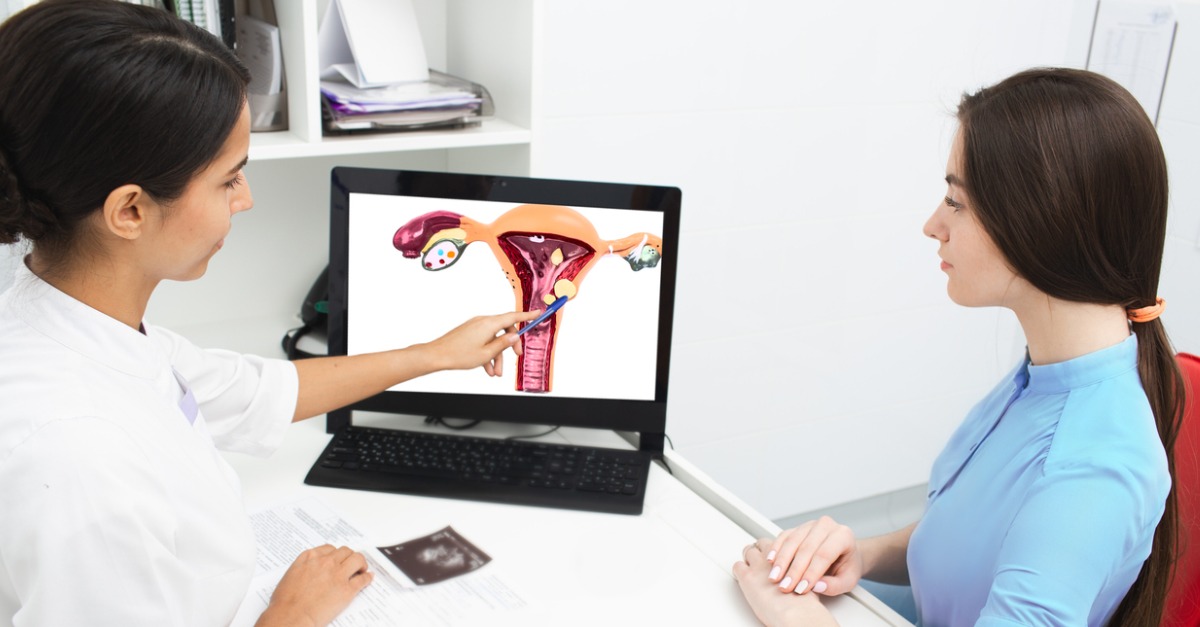 Uterine fibroids are noncancerous growths that develop in the muscle tissue of the uterus. Also known as myomas or leiomyomas, these growths are the most common abnormality that occurs in the female reproductive system. Some fibroids may not cause any symptoms whatsoever, but in other cases, women may experience issues including discomfort during sex, heavy and painful periods, complications during pregnancy and labor, and infertility.

When uterine fibroids affect your quality of life, you can discuss the option to have them removed with one of our providers. Though in certain cases a full hysterectomy may be recommended, very often a less invasive procedure known as a myomectomy can be performed to remove them through robotic surgery. Because a myomectomy keeps the uterus intact, it is frequently a preferred option if you still wish to have children.

There are several surgical methods available to remove fibroids, and the type of procedure performed depends on the type, size, and location of the fibroids themselves. In these more traditional, open surgery procedures, doctors create an incision in the abdomen or through the vaginal wall to access the uterus. Handheld surgical tools are then used to remove the fibroids.

The other steps involved in a robotic myomectomy are largely the same as other procedures. You’ll still be placed under general anesthesia to sleep through the procedure. Your vital signs will still be monitored by nurses and technicians. The doctor will still direct small incisions to create as little scar tissue as possible, and a camera will still provide close-up views of the area. Once your fibroids have been fully removed, your incisions are closed up and bandaged in the same way.

What sets robotic myomectomy apart from traditional methods is that it allows doctors to make very small, precise movements. This careful precision allows them to remove fibroids that would be more difficult to treat by other means. Although robotic surgery may take longer to complete than a laparoscopy, its other advantages include a lower level of blood loss, a shorter hospital stay (in several cases, patients are able to go home the same day), and less abdominal bleeding during the postoperative period.

After a robotic myomectomy, most women find their challenging symptoms such as heavy menstrual bleeding and cramping are resolved. They also retain good pregnancy outcomes within a year of surgery. (Though regardless of the kind of fibroid removal you undergo, we recommend you wait several months before trying to become pregnant to give your uterus time to fully heal.)

If you have uterine fibroids, or any other gynecological concern, turn to the providers at Avant Gynecology. Our team offers a wide range of services, including surgical interventions, to help you feel like yourself again. Make an appointment online or by calling (404) 352-2850.